The truth is out, all day long we have been waiting on news regarding the new Android Ice Cream Sandwich and finally the features and screenshots of this new operating system running on the Nexus S is now out in the open.

All we have to say is “Android Police you really know how to surprise us”, we just love you guys. Android Police and Rootz Wiki have finally uploaded new screenshots of the new Ice Cream Sandwich, running on a Nexus S.

The build number is apparently IRK36B and it comes with many features such as: It has a blue theme, Camera with built in panorama mode, Will launch with Google Shopper and NFC Enabled devices will be able to utilize those features, a few UI things, Gmail is all re-themed, there is tiny icon at the bottom right that looks like a tray with multiple apps in it, Google search bar embedded on very top like Honeycomb, and Apps/Widgets launcher is a lot like Honeycomb. 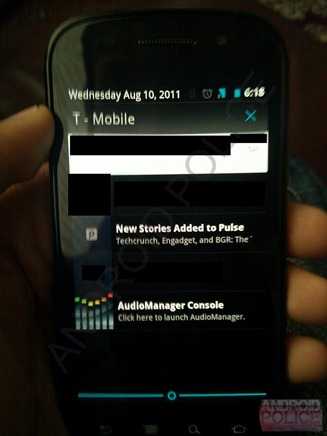 Android Police says that the new Ice Cream Sandwich OS will be available for the Nexus S but will be released on the Nexus Prime first, this new operating system is at its early stages and is not 100 percent fully functional but this will change after more tests.

There is really not much else to go on at the moment, but all we know is; it will not be releasing until the end of October if not later. Personally nothing really exciting just yet, but we guess things will get better. 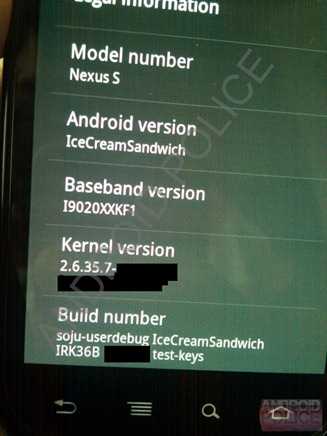