A new Sony Ericsson smartphone called the LT18i aka Ayame has had a few specs leaked, apparently this handset will come with a 1.4GHz CPU and a 720p display.

The Sony Ericsson Nozomi; handset was revealed by the Xperia Blog and this will be releasing in Japan only, but the Sony Ericsson LT18i Ayame will possibly see a global release.

Other specs include a FWVGA (480 x 854) display, this new name came via NenaMark1 benchmark and someone posted the score of 46.8fps as well as a 1.4GHz Adreno 205 processor.

If this is correct it means that the Sony Ericsson LT18i Ayame will have 2 frames per second more than the Xperia Arc at 44.8fps, the LT18i with 1.4GHz is better than the 1GHz on the LT15i (Arc).

The Xperia Blog says that the same single-core Snapdragon S2 chipset (MSM8655T) that is rumoured to be used in the Nozomi. So it looks like the LT18i Ayame will be very close to the Arc is all is true.

There is not much more we can tell you at this time, but keep coming back because we will have more information for you as soon as we are notified. Thanks, you are most welcome to post your comments below whilst you wait for an update. 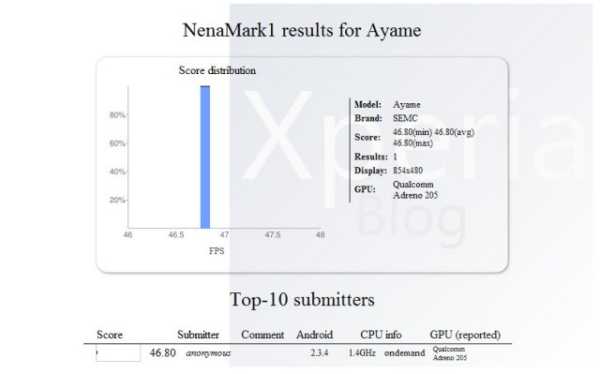