Steve Jobs may have retired as the CEO of Apple, but new rumours are popping up online suggesting the T-Mobile iPhone 5 mysterious possibility of launch. That means all four major network carriers in the US will have the Apple iPhone.

If T-Mobile decides to carry the Apple iPhone 5 and indeed the iPhone 4, this means it will join Verizon and AT&T, and yes we did say there would be four major carriers because the other one is Sprint. We announced 2 days ago that Sprint may also be launching the iPhone, the big four now includes AT&T, Verizon, T-Mobile and Sprint, been a long time coming to release this smartphone onto Sprint and T-Mobile.

This new rumour report comes via a tipster inside T-Mobile, now seeing as Apple love suing people you can totally understand why the tipsters wishes to stay anonymous, but as usual until Apple or T-Mobile officially confirms this we should take it with pinch of salt. Let’s just say I am going to be the new CEO of Apple, see you did not believe that for one second did you, in a nutshell be patient and we will follow this for you.

It would be beneficial to add the iPhone 5 to Sprint and of course T-Mobile as this would boost sales and the main four carriers in the US would be covered.

The iPhone 5 is expected to be released in October, if Apple decides on the two extra carriers, can they really handle the manufacturing side of things and supply the demand it will gain?

Four carriers of the iPhone 5 would give customers more freedom for choice, customers left Verizon for AT&T when the first iPhone was released, then customers flocked back to Verizon when they released its iPhone CDMA, two more carriers would be what loyal customers want. 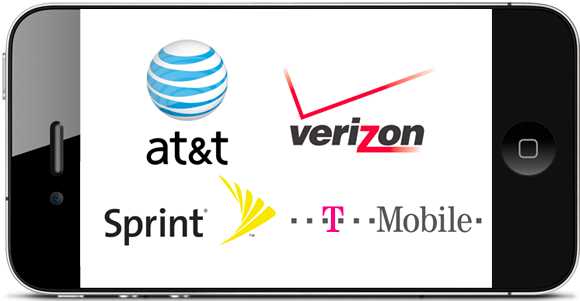 No one knows what the Apple iPhone 5 will look like, what features it will have and release dates and prices are still a mystery too. We have had thousands of emails asking the same questions, will it have a better camera, will it have edge-to-edge display, will it have the same curve edges like the iPhone 3G / 3GS, so many questions but very little answers we are afraid to say, sorry but you will have to wait for official announcements and we will be right on top of it all.

Please do leave your comments in the commenting area provided below, whilst you wait for official information about the iPhone 5 and its new carriers, please do take a look at our poll section below and answer the question, just wish to know what carrier you will use if given the choice of the four major carriers.