According to an article over on Android Authority, the Droid Bionic release date has now been confirmed as the 8th of September due to the date showing up at the end of a Verizon television advert for the long overdue handset.

Naturally we have that Verizon TV commercial for your viewing pleasure below courtesy of You Tube user Edmilliondaire, and is a silent video capture of the “Rules All Machines” Droid Bionic commercial that runs for 37 seconds.

So there it is, if this advert is anything to go by you can expect your long, long wait to pick up the Motorola Droid Bionic to finally come to an end in six days time, that is of course if you are still holding out for the device.

So head on down and mash that play button to get some confirmation on that release date and feel free to let us know if you are still in the market for the Bionic or have decided it is too late and have your eyes on another smartphone…enjoy. 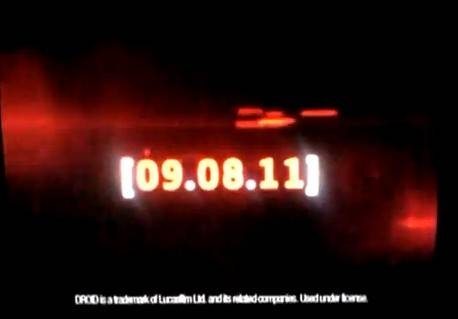