The Stratosphere is according to the article an upper mid range handset and although not much is known when it comes to specifications, it is said that the smartphone has an awesome display, along with a 5 megapixel rear camera, 1.3 megapixel front facing camera, roughly 2GB storage and runs the Android 2.3.4 Gingerbread operating system.

So until the 8th rolls around and hopefully those wishing to snap up the Samsung Stratosphere can do so, you’ll have to make do with this picture of the device, at least you now know what the handset looks like. 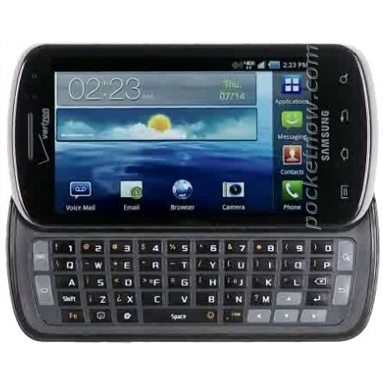