It would appear that Apple is definitely out to get Samsung over their claims that Samsung gear copies the look and feel of the iPhone and Apple iPad. We already know that Apple was successful at getting the Samsung Galaxy Tab 10.1 banned in Germany and is currently trying to get a Europe wide ban along with a ban in Australia, and now the dispute has move to another part of the globe.

According to an article on Reuters, Apple has now taken its hounding of Samsung to the land of the rising sun. The word is Apple has filed a patent infringement suit with the Tokyo District Court that seeks to halt the sales of Samsung handsets in the country.

Apparently “sources familiar with the matter” also say that Apple is looking for 100 million yen in damages, which is roughly $1.3 million.

The first hearing on the matter was apparently held yesterday, and will no doubt like all the other patent disputes marring the mobile space will take god knows how long to resolve, but it sure does look like Apple is after some Samsung blood wherever it can get it.

Apparently when contacted a spokesperson for the Tokyo District Court declined to comment on pending cases, while employees at Samsung’s Japan office weren’t available.

With Apple going after old Sammy it makes one wonder just which country Apple will file a suit in next, outer Mongolia perhaps? As it stands, all this bickering is really doing is depriving those that want a Samsung Android device from getting one, which looks like Apple is trying to give their iPhone 5 a clear field with no challenges from Samsung gear.

The big question here is can Samsung find something that can get Apple off their tail and put a halt to all these suits, or will Apple eventually be successful in banning Samsung Android gear across the entire globe? 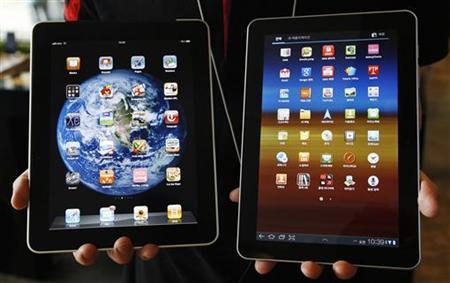