A few days ago there was a press release event in London for both the HTC Titan and HTC Radar, and as you probably know both devices come sporting Windows Phone 7 Mango, and what we have for your viewing consideration below is some footage where you get to see both Windows Phone devices in action.

After developer Shenshang stops going on about how good the event was and what he got, we then get to see the HTC Titan and HTC Radar while he lists of the specs for the handsets, he does say though whoever wrote the spec sheet should be shot.

Further along in the footage we are treated to a boot time comparison between the two Windows Phone devices and none other than the Samsung Galaxy S II, while the video ends with the press release videos of both the HTC Titan and HTC Radar.

Anyway, I’ll stop right there and let you Windows Phone fans head on down to mash that play button and check out the HTC Titan and HTC Radar for yourself…enjoy. 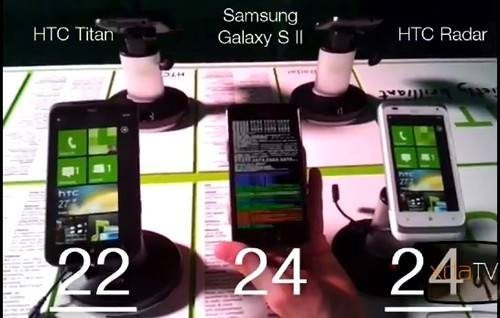