The cloud storage, sync and share company SugarSync have announced they have now updated their apps on both the iOS platform and Android platform enabling users to backup, sync, access and share their data and files easier with their Android and iOS devices.

According to an article over on Tmcnet by way of Market Watch, the updated SugarSync apps feature new features including new functionality for increased productivity in the iOS app and a built in simple text editor along with the delivering Mobile Device Management capabilities for Android based devices.

The CEO of SugarSync, Laura Yecies says, “SugarSync has always supported the most mobile devices in the industry, but we’re constantly striving to enhance the mobile Cloud experience,” and goes on to state, “With our updated SugarSync for iOS app, you can now create and edit plain text files directly from the app, as well as take advantage of several new productivity improvements we’ve added. With the update to our Android app, we have added Mobile Device Management for Android devices. With SugarSync, you can now be as productive from your mobile device as you are from your laptop.”

With the new built in simple text editor there is no longer a need to buy a 3rd party editing app whilst the updated apps makes syncing much easier and the apps now feature a new menu bar that enables the user to quickly upload videos, photos, and sort files or create text files and new folders. 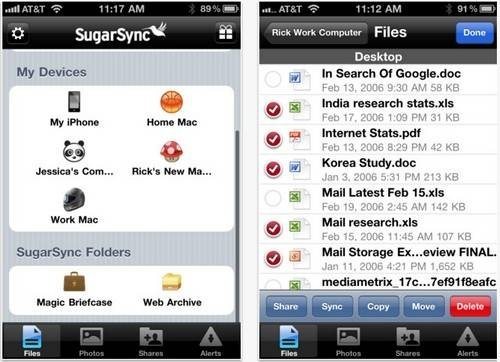 One thought on “iOS and Android SugarSync Apps Updated”