Australian based Platinum Apps have recently released an app on the Android platform for mobile gamers that takes the classic arcade game air hockey to the next level, called Platinum Air Hockey and is a game that features advanced AI gameplay, which has been specifically built for Android 32. Honeycomb slates.

Platinum Air Hockey for Android features multiple themes with super fast responses along with the option for one, two or three players and delivers a “life-like gaming experience” on large screen tablets such as the Asus Eee Pad Transformer, Motorola Xoom and the Samsung Galaxy Tab 10.1.

Platinum Air Hockey offers the user changeable difficulty settings, one, two and three player gaming wireless options (WiFi only), with multiple themes such as classic arcade, soccer, basketball, prehistoric and casino, and all optimised for the Android Honeycomb operating system.

There are two versions of Platinum Air Hockey for Honeycomb tablets on the Android Market, the free version that has limited features and is ad supported, or the recently updated Platinum Air Hockey Pro version, which is available at a discounted price of $1.06 for a limited time.

For those Android tablet owners that enjoy playing air hockey we have a quick promotional video of the Platinum Air Hockey app for your viewing consideration below, along with a review video of the game courtesy of YouTube user Androiduser2008, so don’t forget to mash that play button and check it out before rushing off to the Android Market to grab your copy…enjoy. 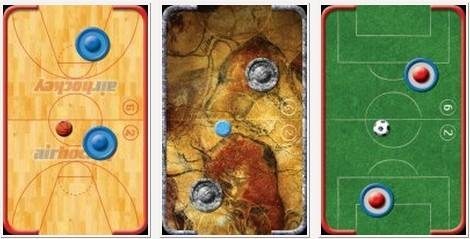