Do you have a toddler you’d like to teach Spanish, perhaps starting off with animal names would be a good place to begin, and now if you own an iOS device you can do so with a new app called Lingo Zoo, which is for the iPhone and Apple iPad and has just been released.

The Lingo Zoo app for iOS can apparently teach kids basic animal names in Spanish by using a jigsaw puzzles and written and spoken words as each child solves the puzzle they are rewarded with the sound the particular animal makes along with the spoken name in both English and Spanish.

With the Lingo Zoo puzzle app for the iPhone and Apple iPad, once your child has completed all puzzles in each environment, the next level is unlocked, levels including Farm, Safari, Jungle, Outback, Garden, Woodland and Underwater.

Lingo Zoo is from Mindshapes, and their education manager, James Peak says, “Children love solving puzzles and so we’re using a simple jigsaw puzzle as a language learning game. Children are rewarded for completing each jigsaw with an aural stimulus; they can choose to hear the name of the animal in Spanish or English or just hear the animal noise. We’ve purposefully made the language learning subtle, so the child is able to focus on puzzle solving.”

The Lingo Zoo app for the iOS platform is suitable for children ages between 3 and 5 years old and delivers a bright and colourful jigsaw to help develop attention, concentration with clever animations and animal sound and is also entertaining.

The app has been created following Mindshapes “5 I’s” which are immersive, imaginative, intuitive, interactive and intelligent. The Lingo Zoo app is available to download to your chosen iOS device from iTunes at a cost of $1.99. 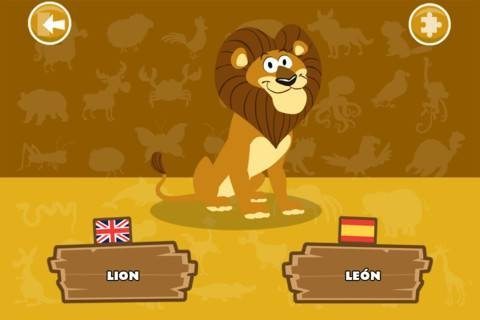