The Nokia faithful over here in the UK have been getting very slight glimpses of the new Windows Phone smartphone that Nokia should be officially announcing at some stage in the game, presumably at Nokia World 2011 in London on Wednesday, the Windows Phone that is currently being teased on UK television is of course the Nokia 800, internally known as the Nokia SeaRay.

The extremely shot clips of the Nokia 800 are so short you could easily miss them if not watching the ad breaks during the X Factor UK as the tease clips are just one second long, but thanks to the guys over at My Nokia Blog we have a video showing all the tease shots of the Nokia 800 for your viewing pleasure below.

As far as we are aware, spec wise the Nokia 800 will offer a 3.7-inch WVGA AMOLED touch screen, 1.4GH processor, 16GB built in storage and run the latest version of the Windows Phone operating system, Mango, but other than that not much else is known at this point, but with Nokia World only a few days away more should be revealed.

I have to be honest here, I did see the very short teases during the adverts but to be quite honesty they didn’t show that much and anyone could have missed them and not even realised that they are of Nokia’s first Windows Phone Mango handset.

Word has it the Nokia 800 is expected to become available in November, with the 15th of that month being a possibility, although of course not release date has been confirmed as yet.

Anyway I’ll stop babbling on right there and let you head on down to mash that play button and check out these teasing glimpses of the Nokia 800, and do let us know if you are hoping to snap up the Nokia Windows Phone once it arrives…enjoy. 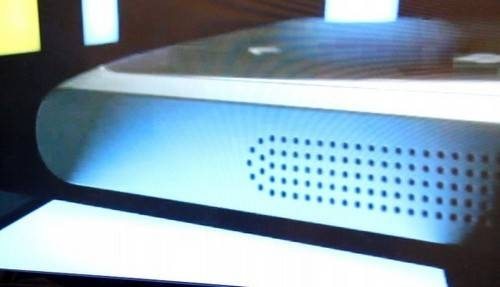