The Samsung Galaxy Nexus vs White Galaxy Note footage comes our way courtesy of the guys over at Slash Gear who managed to get a little hands-on time with both Sammy devices so came up with this two and a half minute comparison, so we thought we’d pass it along to our readers.

You’ll note, (no pun intended) that in this video it’s the white version of the Samsung Galaxy Note which we haven’t seen before and includes a matching S Pen stylus with Wacom inking technology, which as you’ll see in the video performs rather well.

According to the guy’s article that accompanies the video, the Samsung Galaxy Note will receive Android Ice Cream Sandwich at some stage in the game but an exact timescale for the update isn’t yet available.

So with that all said and done, all you need do now is head on down and hit that play button to check out this comparison video, and I do have to say the more I see of the Samsung Galaxy Note, the more I am impressed…enjoy. 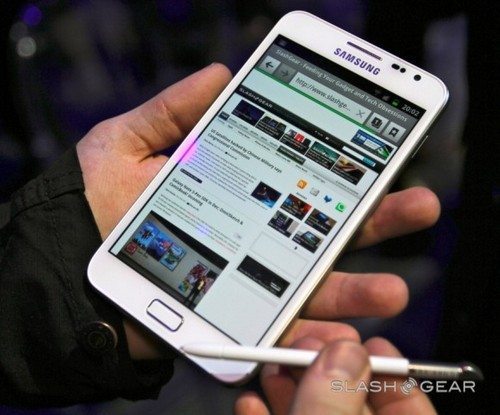