Although these Nokia mobile phones (Lumia 800 & N9) maybe mistaken for the same phone they are quite different, and below is a comparison broken down by each feature.

What the smartphone offers the user, including the Lumia’s speedy 1.4ghz processor vs. the poor N9’s 1ghz. Software: The Nokia N9 runs on the MeeGo OS… while the new Nokia Lumia 800 proudly uses Microsoft Windows Phone 7.5 (Mango) software.

Presumably this is a re-birth of Nokia’s OS and Mango and will hold features that rival the experience in android and iOS. Users have found Windows OS impressive to use, much to our surprise.

Battery life: The Lumia 800 wins this round starting with 9.5 hours of talktime in comparison to just 7 hours on the N9. The Lumia has 335 hours standby time, whilst the N9 is rated at 450 hours. Clearly the improved talktime on the Lumia’s behalf allows it to win this round, as these are small factors that play a part when potential smartphone buyers search for their next mobile. 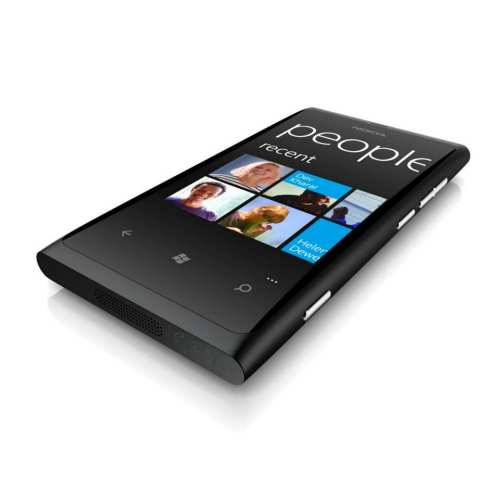 Processor: Speed-wise, the Lumia 800 wins the race all thanks to a 1.4GHz single core Qualcomm MSM8255 processor. The N9, on the other hand, has an ARM Cortex-A8 OMAP3630 chip which results in an effective, but not as fast, 1GHz. Nokia have significantly upgraded their processor chip for the new mango mobile, which surpasses the speed of other popular smartphones such as the galaxy S2.

Camera: Both phones are equipped with an 8.0 Megapixel camera. The main difference between the two, in terms of camera, is the Nokia N9 offers users the benefit of a second, front-mounted camera, which is perfect for video calls. Both mobile phones share similar features such as, autofocus, advanced Carl Zeiss optics, dual LED flash, face detection, 720 video capture, a wide angle lens and face detection.

Due to increasingly popular trends in video calling with a Skype application or even just normal calling gives the N9 the advantage on this feature.

Screen/keyboard: The N9 boasts a touch-sensitive AMOLED/ClearBlack display sized 3.9inches whilst the Lumia 800 stretches to just 3.7-inches. In addition the screen pixel resolution is lower than the N9’s (480 x 854 pixels Vs. 480 x 800 pixels). Despite the lack in these features, the Lumia 800 actually excels in terms of pixel density at 252.162 as opposed to the N9’s 251.282 pixels per inch, which delivers a crisper, more sharp display than found in the Nokia N9. 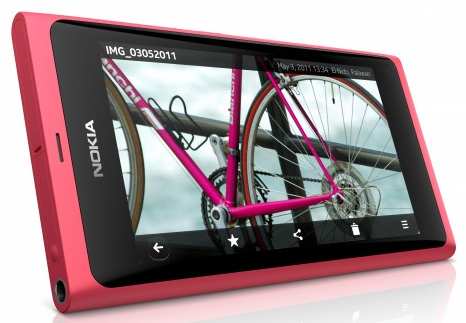 Storage: There is a huge leap between the two with their memory capacity. The Lumia 800 has an embarrassing 16GB of capacity whilst the N9 boats 64GB. Strangely, both phones lack memory card slots; therefore, the storage is limited in terms of expansion and easy data sharing. Although the Lumia’s memory is less than the N9, this is the same storage found in the Apple iPhone 4S basic model.