A new Google Android event has just popped up on the radar, and will be kicking off November 16th in Los Angeles, hopefully to announce the new Music Store. The event will have an Android theme and has been titled “These Go to Eleven”.

Engadget explains what “These Go to Eleven” they say it is a reference to a phrase from ‘This is Spinal Tap’, which is a 1984 mockumentary. The source also received their email via “Nigel Tufnel,” Christopher Guest’s character from the film.

See now we are even more confused as to what will be announced at this Google Event, all we know is that it will start at 2PM local time in Los Angeles, Wednesday, November 16th. Engadget will be holding a live stream on YouTube, which you can follow here. Hopefully you will stay with us or follow the live feed, we will be keeping you up-to-date with all the news on this day.

Word has it, that it could be about Google’s new music store, if you look at the two images below, one has the details on it, and the other shows a building with T-Mobile on it. Wonder what this event is all about; please do hazard your guesses in the commenting area below. 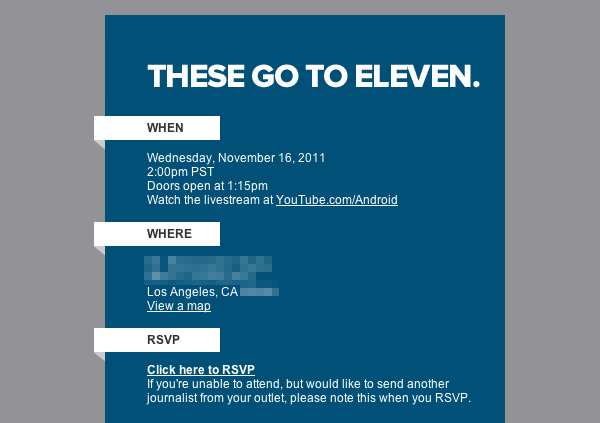 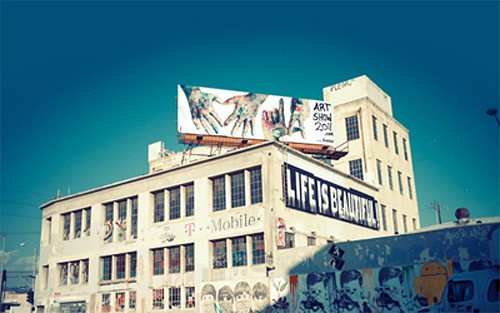