Confusion is slightly setting in, if you have the stock non-rooted HTC Droid Incredible we want to hear from you. Have you received the new Gingerbread software update from Verizon?

It came but then decided to go, one of the sources readers said that they have received the new update saying it is “build number 4.08.605”, which is different to the original Android 2.3 Gingerbread build.

You can take a look at the screenshot below of the update features, apparently and according to Verizon, the update is only 8.6MB, seems a little strange when you think about some still having Android 2.2 on their HTC Droid Incredible handsets. Surely the update would have to be a lot larger than this if it was Gingerbread.

Please let us know if you have received the new Verizon software update, we would also like to know if you are running Android 2.2 or 2.3? 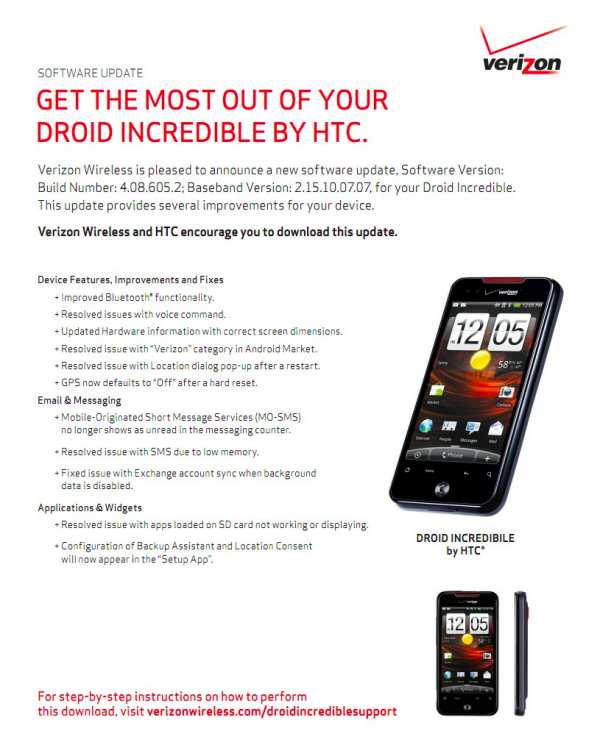