Over here in the United Kingdom the Android faithful are lucky enough to already have the first Android Ice Cream Sandwich super phone to play with whilst over in the good old US of A they still wait, and it appears that even Australia will get their hands on the Samsung Galaxy Nexus before our American cousins can get it from Verizon.

As for Australian carriers, apparently not one has announced whether they will offer the Samsung Galaxy Nexus as an on contract device as yet, so maybe that will happen further along the line. So as it currently stand if you wish to be amongst the first in Australia to own the Galaxy Nexus it appears MobiCity is your best option.

We’d like to ask our Australia readers out there if they are eagerly awaiting the opportunity to snap up the Samsung Galaxy Nexus, if so feel free to shout out your intentions to our comments area below. 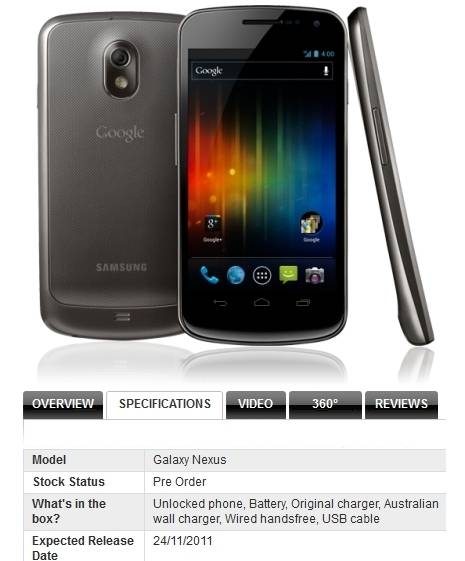