Christmas is fast approaching and everyone could do with a little extra cash in their pocket for buying gifts and such and there is a way of making a few extra bucks this Christmas and that is by downloading the Turn Into Cash app for iOS and now for the Android platform as well.

TurnIntoCash.com has now launch a new Android app that enables users to scan the barcode of old unwanted games, DVDs and CDs and receive an instant valuation, and then trade those old games, CDs and DVDs into money.

The managing director of TurnIntoCash.com, Rob Fox says, that many people who rush to develop mobile phone apps tend to forget about Android smartphone users, thus they wanted to make sure Android was supported as quickly as possible and thus launched the new Android app in time for Christmas.

The Android version of Turn Into Cash is to compliment the existing iPhone app enabling both Android and iOS users to scan items, trade them in, along with checking on their trade and view when their cheque will be issued.

Fox further says that they recognised are often fed up with seeing that “coming soon” tag and wanted to deliver to the Android user the same benefits as other mobile phone users. 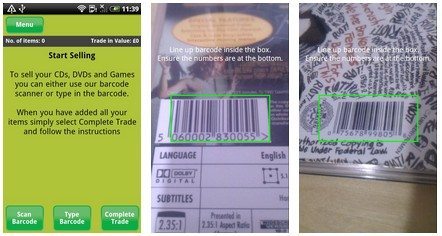