This is a cool one: the world’s first iOS game played using your body’s own motion, without any added hardware. It works a little like the Xbox Kinect technology; body all in motion is where this is.

The game is called Fuego’s River Adventure and is the story of Fuego, who crashes in the jungle while on vacation. He builds a raft and floats down the river, dodging obstacles and crocodiles, while grabbing gold and food to trade with the locals.

It’s the technology, however, that really looks amazing and does blow you away. The game is played by using the front-facing camera of the iPad 2, Crimson Apps (the company behind it all) created software that runs the camera and captures the motion of the player while you play, turning it into movements on the game itself. And while it’s only for the iPad 2 currently, there’s no reason this technology couldn’t be brought over to the iPhone 4 and 4S which also have the front facing camera.

Features: Advanced motion detection through your iPad’s front camera, Connect your iPad to your TV, 20 different levels, Automatically keep track of your distance and share with friends, and Take candid shots while you play.

The game is on sale right now for launch for $1.99. This is a great huge game changer for the the iOS gaming world, please watch the video below of this app in motion. 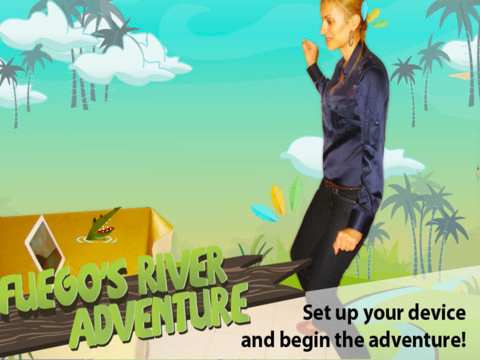