Galaxy Nexus for Verizon pictured and on video

Well December is finally here and thus far our cousins over the pond in the good old US of A are still patiently wait to get their mitts on the first Android Ice Cream Sandwich smartphone that has been available here in the UK for a while now, the Samsung Galaxy Nexus; however that day when American will be able to get the Verizon Galaxy Nexus could soon be approaching.

Thus far Verizon has been somewhat quite as to letting on when their version of the Android 4.0 Galaxy Nexus will come out to play, but that day may come soon as a couple pictures of the Verizon Galaxy Nexus along with a video have now hit the net waves.

The Galaxy Nexus for Verizon pictures come our way courtesy of the guys over at Phandroid along with a video showing off the boot animation and going through the app drawer courtesy of YouTube user Hksscom.

The Verizon LTE version of the Samsung Galaxy Nexus is somewhat thicker than the European model and apparently comes with the usual pre-installed Verizon apps such as VZ Backup Assistant, and MY Verizon Mobile and the like.

And that’s about it with the Verizon Galaxy Nexus, still no hard and fast word on a release date or how much the device will hit your pocket for, so head on down and mash that play button to appease your appetite for now…enjoy 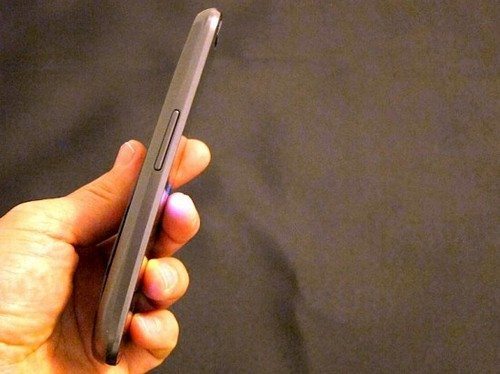 One thought on “Galaxy Nexus for Verizon pictured and on video”