For all you Android faithful over in the good old US of A you’ll probably know the smartphone/tablet hybrid Samsung Galaxy Note hit the Federal Communications Commission some time ago, well now the word is the Galaxy Note has now receiver the official stamp of approval from the FCC, which means the Android device should be coming out to play soon.

According to the guys over at Ubergizmo by way of Wireless Goodness Sammy’s 5.3-inch touch screen Galaxy Note has been given FCC approval for GSM 850/1900 bands along with WCDMA bands II and IV, which are used by AT&T and Canada.

Although of course AT&T hasn’t actually come right out and announced they will offer the Samsung Galaxy Note, so if or when the Android 2.3 Gingerbread device will become available still remains a mystery.

However if it does you can expect that 5.3-inch HD Super AMOLED touch screen along with an 8 megapixel rear facing camera, 2 megapixel front facing camera, 1.4GHz dual core processor, 2,500mAh battery and that S Pen stylus of course.

As it stands currently there is no word on whether the Samsung Galaxy Note will be updated to Android Ice Cream Sandwich, but as the device is quite new one would have thought it would be a prime candidate for Android 4.0 at some point in the future.

So, if the Samsung Galaxy Note does arrive on AT&T in the not too distant future is it a device you would consider picking up? 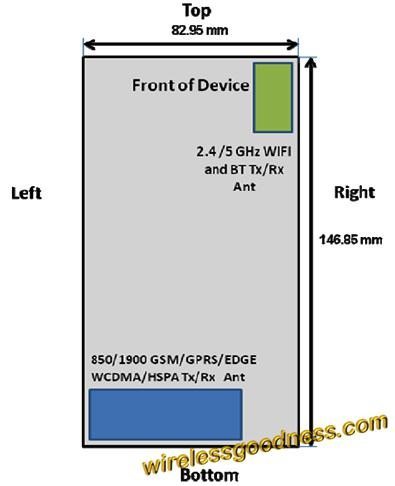