For the Android faithful out there that play along with CyanogenMod you just might like to learn that there appears to be a new CyanogenMod 9 (CM9) launcher available, and the new CM9 launcher is called Trebuchet for those out there that wish to grab it.

CyanogenMod 9 has for quite some time now has used, according to the guys over at Rootwiki, has used ADW as its preferred launcher, which was included when the ROM is installed, but now that has changed.

Apparently the CyanogenMod 9 Trebuchet launcher and the standard Android Ice Cream sandwich launcher are somewhat similar in appearance as you can see by the attached images, but apparently the real difference comes in the transitions.

Trebuchet is still in the early development stages but appears to show real promise, and if you just happen to be one of those out there running an Android 4.0 based ROM and wish to grab the CyanogenMod 9 Trebuchet launcher, you can download and install the ROM by hitting up HERE.

Just make sure you are running an Android Ice Cream Sandwich ROM though as apparently the Trebuchet launcher isn’t compatible with previous Android operating systems, but if you do grab it feel free to let us know your thoughts on Trebuchet by dropping us a line to our comments area below. 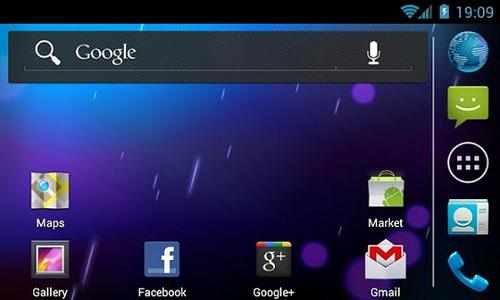