We have already seen leaked images of the Android smartphone, the device popping up on DroidDoes, training materials, dummy handsets, and even Best Buy Ads for the Motorola Droid 4 and now according to the guys over at Droid-life, Droid 4 accessories are in stores in the form of handset cases.

The guys have managed to get hold of a couple of images of those Motorola Droid 4 cases at retailers one shown above and the other can be viewed below.

So the big question is, are you still waiting to snap up the Motorola Droid 4 once it finally surfaces or have you opted to purchase another Android smartphone? 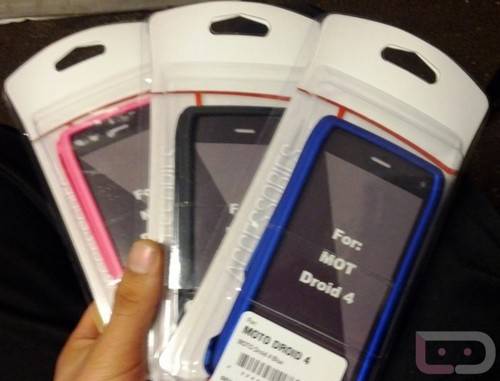