Over in Japan Android is spreading and now Japan’s second largest carrier, KDDI au has announced five new Android based smartphones for the local market, the most interesting of which is a candy-bar Android 2.3 Gingerbread handset with a heavily customised user interface, and the handset is called the INFOBAR C01.

According to the guys over at Tech Crunch, the carrier introduced a similar handset in May of 2011 called the INFOBAR A01, but the INFOBAR C01 is a more compact handset with less weight.

And the guys have a few specifications of the KDDI au INFOBAR C01, the smartphone offers a 3.2-inch 854 x 480 resolution touch screen along with and 8 megapixel CMOS camera, CDMA/GSM/GPRS, digital TV tuner, infrared, e-wallet function, WiFi, Bluetooth 3.0+EDR, and USB and microSDHC ports.

The Android packing INFOBAR C01 measures 130 x 52 x 12.3mm and weighs in at 106 grams, and apparently one of the handsets biggest selling points is the redesigned iida user interface, and so you can check out that interface we have a video for the INFOBAR C01 for your viewing consideration below, although the narration is in Japanese.

Apparently KDDI plans on releasing the INFOBAR C01 sometime next month but no word on pricing as yet, and no doubt this one won’t surface anywhere outside Japan…enjoy the video. 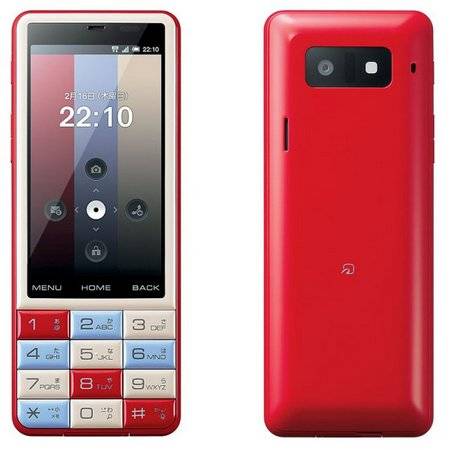