The release of Real Football 2012 game for Android is brought to our attention by the guys over at Droid-life, and Real Football 2012 features what they call “Hypergame technology” that means with a simple press of a button the gamer can recreate and match-up form the in game news feeds and play it.

With Real Football 2012 the game can create custom shorts, team jerseys and more by using the detailed editor, and then share their creations with the community, and receive the latest Football news via the official RSS feeds from goal.com, sports.fr and as.com.

The gamer also gets the ability to upload images and video, send comments and interact with friends, and the game delivers over 700 motion-capture based animations, which adjust to the players skills and field position, with smarter moves for team mates and opponents due to an improved AI.

For those Android football fans that would like to grab Real Football 2012 you can of course download the game to your chosen Android device for free by hitting up the Android Market. 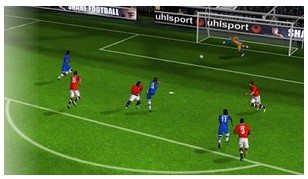