Ahead of Mobile World Congress 2012 in Barcelona, ZTE have announced a couple of new Android Ice Cream Sandwich toting smartphone and will launch both handsets during MWC 2012, and those tow devices are the ZTE N910 and ZTE PF200, and today we have a few spec details on both new ICS handsets for your consideration.

According to the guys over at Hot Hardware, the ZTE N910 will sport a WVGA 800 x 480 capacitive touch screen along with a 1.5GHz processor, a 5 megapixel rear facing auto-focus camera with flash and 1080p front facing camera, WiFi, Bluetooth, GPOS and DLNA, and will work across CDMA, EVDO, and LTE FDD.

As for the ZTE PF200, the Android smartphone will pack a 4.3-inch qHD touch screen along with a 1.2 GHz processor, an 8 megapixel rear facing camera, a 1080p front facing camera, WiFi, Bluetooth, GPS, A-GPS, DLNA, MHL and NFC functionality and work across GSM, UMTS and LTE.

Obviously both smartphones will run the new Android Ice Cream Sandwich operating system and the executive vice president and head of the terminal division for ZTE, Mr. He Shiyou has said that these LTE handset are the forerunners of a wide range of LTE devices that the company will bring to the market over the coming months.

So there you go, that’s all that is known about the ZTE N910 and ZTE PF200 Android 4.0 handset for now but no doubt more will come to light when MWC 2012 kicks off in a few days time. 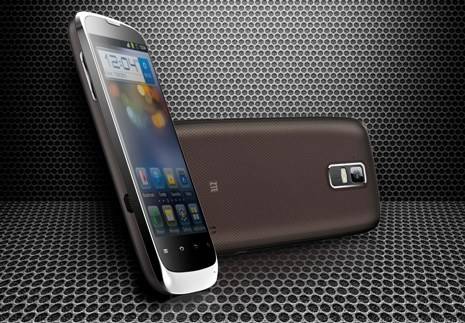