We’ve been passing on plenty of news about the HTC One X (formerly dubbed HTC Endeavor/Edge) and HTC One S (formerly dubbed HTC Ville) and at last these two phones are official and we have confirmed specs. We have news that they are coming soon to Vodafone UK and you can now register for updates so read on for more information on these two impressive handsets.

The HTC One X is very highly anticipated as it will be not only a quad-core processor handset but will also run the latest Android mobile operating system, 4.0 Ice Cream Sandwich. This flagship device will be the most powerful to be carried by Vodafone UK and specs and features include a 1.5GHz quad-core processor, 4.7-inch full HD touchscreen with resolution of 1280×720, an 8-megapixel rear camera (suitable for low-light conditions) and 32GB of memory. It’s also superslim and weighs only 130g.

As for the HTC One S this is the lesser of these two smartphones but will still appeal to many and has plenty to offer. It features a 1.5GHz dual-core processor, 4.3-inch AMOLED qHD display and 8-megapixel camera (again optimized for all light conditions). The One S is only 7.95mm thick and weighs even less than the One X at 119g.

To get a closer look at these handsets check out the video below this story. As well as Android 4.0 ICS both of these upcoming smartphones feature HTC Sense 4.0 with Wireless Display, HTC SyncHub and Active Lockscreen. Another impressive feature that will please many is the inclusion of Beats Audio. HTC has also partnered with DropBox, a cloud storage provider, so that users of either of these phones can take advantage of an additional 25GB of storage for 2 years.

The HTC One X and One S are headed to Vodafone UK, will release later this year and will be available as part of the Vodafone Data Test Drive line-up. For further specs and information or to register for updates for these phones head to the Vodafone product page for the HTC One X here or for the HTC One S here. Are you a potential customer for either of these handsets? If so, which one will you be choosing and why? 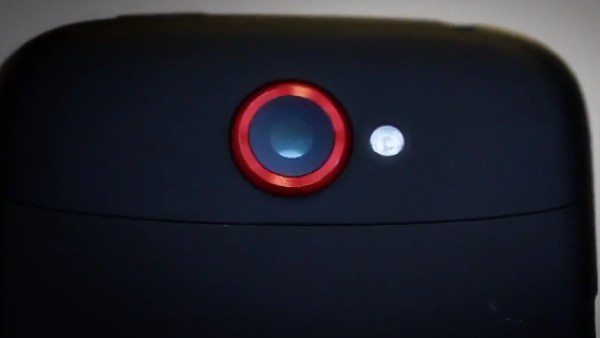 Tags HTC One SHTC One Xuk