The new Angry Birds: Space app was recently made available on iOS and Android platforms and we told a few days ago how it had managed to drum up 10 million downloads in less than three days. Angry Birds has become quite a phenomenon and on the launch day of the app the mega-publicity saw the Seattle Space Needle being set up to look like an enormous slingshot to propel a gigantic Angry Bird.

It certainly proves just how successful and well known this game has become when a landmark is being used to threaten to catapult an overstuffed Red Bird through the air but that is just what happened on launch day. Fans were invited to the top of the Needle to play the new game and to enjoy Angry Birds Space cupcakes that were given out. The latest in the Angry Birds saga is already a resounding success and has taken the game up a level, bringing the forces of gravity to the equation as well as planets, moons and asteroids.

While other promotions may not be quite as impressive as seeing an Angry Bird and slingshot on the Seattle Space Needle, more are being planned to make the most of the hype surrounding the game at the moment. Slash Gear brings the news for example that T-Mobile USA’s senior vice president of brand, advertising and corporate communications, Peter DeLuca, told of another promotion for T-Mobile customers to bring them exclusive Angry Birds content. That started on March 25 involving over 2,000 Walmart stores with customers searching for ‘Golden Eggsteroid’ clues. On top of this the Samsung Exhibit II 4G coming to T-Mobile will also contain Angry Birds clues.

It all sounds pretty crazy that one game should have enjoyed such worldwide success and heralds the arrival of mobile gaming blockbusters. Rovio, who publish the Angry Birds games is estimated to have made at least $10 million so far from Angry Birds and that’s a conservative estimate of the minimum amount from an article on the Washington Post. It’s pointed out though that mobile game revenues are still much less than other entertainment revenues such as movies, with the recent released The Hunger Games taking in $155 million over its opening weekend for example.

Still the profits for Rovio are nothing to sniff at and since the Angry Birds series began in 2010 there have been more than 700 million download in total. Such is the worldwide fame now of Angry Birds that as well as promotions involving the Space Needle, Samsung, Walmart and T-Mobile, even NASA was involved in pre-publicity that hyped the game. As well as that, the demand from those wanting the next Angry Bird game meant that Angry Birds: Space launched simultaneously on iOS, Android, PCs, Macs and the Nook eBook reader while those wanting a Windows Phone 7 version will have to wait a little longer.

We’d really like to hear what you think about the amazing amount of publicity that a top new mobile game can now command? Also can you put your finger on just what it is that has made Angry Birds so phenomenally successful? 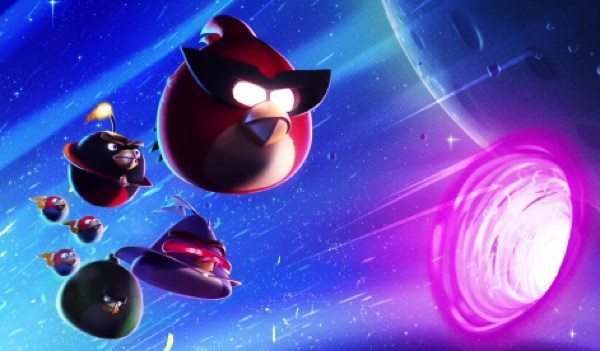