If you are one of those that loves to draw and sketch and share your creations with friends, and you happen to own an Apple iPad there is an iOS app available that enables you to capture your ideas as sketches, illustrations, diagrams and drawings, and share them across the internet, and that iOS app is called Paper.

The Paper app for the Apple iPad has been designed from the ground up for touch and creativity whilst on the go, with no overly fussy settings, buttons or other things that can distract, and Paper works like a familiar journal or notebook allowing the user to have all their ideas in a single place.

The Paper iOS app supports the iPad’s Retina Display with a full 2048 x 1536 canvas, with stunning detail such as watercolour edge bleed and pencil texture, whilst the custom ink engine reacts to the users movements optimising each tool, whilst gaining a range of expressions from just one tool with settings for sketching, colouring and handwriting.

The draw tool comes free with Paper, and you can purchase more tools such as sketch, colour and write straight from the in-app App Store.

However there have been some mixed feelings over the Paper app for iPad, with users saying such things as the app is a featureless app, mainly due to having to purchase other tools at a cost of $1.99, although some say the app is beautiful and amazing as well.

If you would like to try out the Paper app for the Apple iPad you can download the application as a free download from iTunes, and we would love to hear your views of the app from any of our readers that use the Paper app on their iPad, so feel free to voice your opinions of the Paper iOS app to our comments area below. 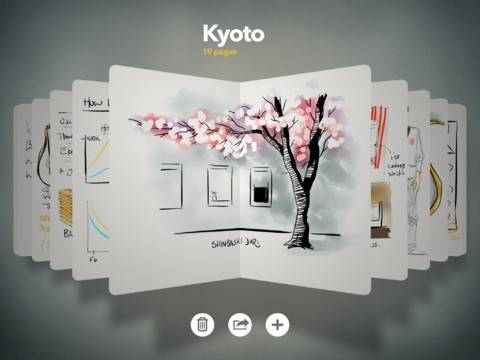 One thought on “Paper iPad app with mixed feelings”