We have news today of two developments from AT&T that should please a lot of people. Firstly the Nokia Lumia 900, a much-awaited smartphone is now available from Ma Bell and in a double whammy of news we can tell you that AT&T off-contract iPhone owners can now request a carrier unlock for the phone.

Both of these arrived yesterday and first off we’ll tell you a little more about the Nokia Lumia 900. This flagship smartphone has had a great deal of praise coming its way since its official unveiling and although the specs aren’t exactly enough to blow us away they’re certainly decent enough and it’s such a great looking device that we reckon it could appeal to many consumers. It’s also a Windows Phone smartphone so will attract those who don’t want to stick with the usual Android or iOS platforms and could signify a boost for both the Windows Phone platform and also Nokia itself.

Another bonus is the price of only $99.95 on the usual two-year contract from AT&T. As a reminder we’ll tell you that the Lumia 900 features a 1.4GHz Scorpion processor, 4.3-inch WVGA AMOLED ClearBlack touch display, 8-megapixel rear camera with Carl Zeiss lens, Auto Focus and dual LED flash, 720p video recording capability and 1-megapixel front-facing camera. It also has 512MB of RAM and 16GB of internal storage. Find out more from the Nokia site here.

As well as the arrival of the Nokia Lumia 900 there’s good news for AT&T iPhone owners if their phones are off-contract. Engadget reports that as of April 8, select customers who meet requirements can now request a carrier unlock for the phone. This means that provided a carrier’s frequencies are supported, any micro-SIM will be usable with the device. An AT&T statement tells how the requirements include their accounts being in good standing, the device not being covered by a current contract, the device being upgraded or an early termination fee having been paid.

Two pieces of good news for AT&T customers this weekend then and we’d like to hear if you’ve already got your hands on the Lumia 900 and what you think of it? Alternatively you may be planning to unlock your AT&T iPhone? Send your comments to let us know what you think of these developments. 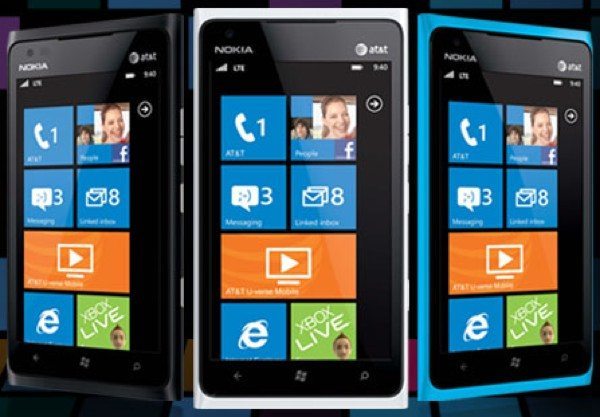