Images showing a new Windows Phone-based handset from South Korean mobile manufacturer LG have appeared online courtesy of WPCentral. The phone in question sports the product name of LS831 and little technical information is known about the device, save for the fact that it will sport a five megapixel camera on the rear to keep pace with Microsoft’s minimum requirements.

A forward-facing secondary camera on the front of the phone is also visible in the images, which means it will be able to make video calls. The phone itself looks similar to the Samsung Omnia 7 thanks to its angular chassis and all-black finish. It looks to be relatively slim, potentially coming in at under a centimetre thick, although without official confirmation this is difficult to assess.

Earlier in the year during the Mobile World Congress event there was a notable lack of Windows Phone handsets available to tinker with at the LG stand, which some interpreted as indicating that the firm was moving away from Microsoft’s mobile operating system and sticking with Android for its flagship launches.

However, if these leaked images are indeed shown to contain a verifiable upcoming smartphone then LG could still be looking to support Windows Phone and Android simultaneously.

It is thought that the LG handset caught on camera in these images is actually going to end up on the Sprint network in the US, presumably as competition for the recently release Nokia Lumia 900 which has been making the headlines in recent days.

Since it is difficult to tell whether or not LG`s LS831 will sport a powerful processor or OLED screen, it may not end up eating into the Lumia 900`s section of the market and instead could appeal to mid range buyers. Meanwhile budding app developers in the UK are being given the incentive to build new programs for Windows Phone in the form of a free Nokia Lumia 800. 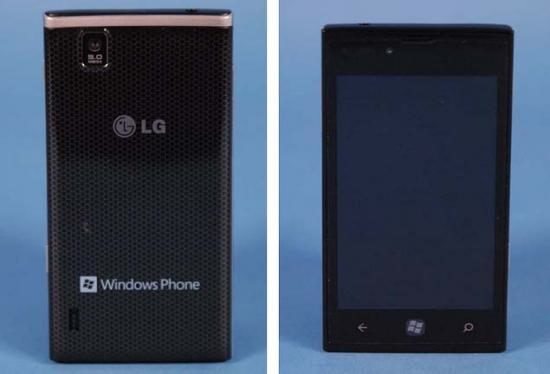 There are 100 units of the Lumia 800 available to be won by app developers who are still in education, and the only requirement is that you create software, which is subsequently submitted to be sold on the Windows Marketplace.

As well as there being three random prize draws which will determine lucky winners from those who make submissions, there will also be a prize handed out to the application which is deemed to be the worthiest of praise by the team that is running the competition.

The app market system available to amateur development teams at the moment has created some real success stories and is accessible enough to appeal to first time programmers. Students will probably be in the best position to build apps for Microsoft-powered smartphones since they can dedicate free time to the cause and hopefully come up with something that might be the Windows Phone equivalent of Angry Birds.