Asus have been busy in the last few months after revealing a new model for the Transformer range back in February at the Mobile World Congress, but as Android Central are reporting at the time the company didn’t reveal any pricing for the device. The device is now available to consumers in the US for online sales, and will be available in retail stores in a week’s time on the 30th, while UK consumers have to wait until next month to get their hands on the Transformer Pad TF300.

Many potential customers could be put off by this news that could hit sales of the new tablet PC, which will come with Android Ice Cream Sandwich straight out of the box. For your money you also get the NVIDIA Tegra 3 quad-core processor powering a 10.1-inch display, and while it’s only a minor upgrade to the Transformer Prime, the 32GB version is $100 less than the comparable new iPad.

UK consumers can get the device early next month with prices starting at Â£399 for the 16GB version, and like in the US the Royal Blue colour will be the only choice at first with Iceberg White coming in June, and Torch Red arriving in July.

Does the lack of backwards compatibility with the dock put you off the Asus Transformer Pad TF300? 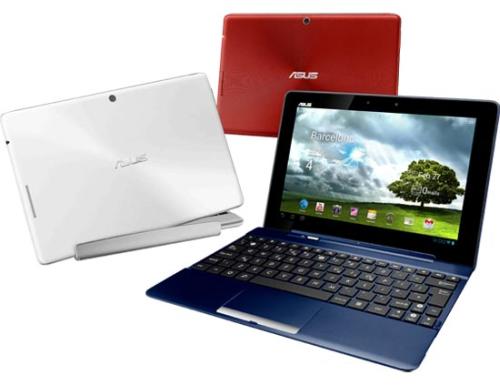