I’m sure you already know the basics of Minecraft, but for those that might not, the Minecraft Pocket Edition app for the iPhone, iPod Touch and Apple iPad, enables the user to create randomised worlds and anything you can imagine by using blocks.

The gamer can use those blocks to create masterpieces, construct your stuff using several differing kinds of blocks, save multiplayer worlds on your own device, and invite and play with your friends via local wireless network.

Now down to what that update to Minecraft Pocket Edition of iOS devices brings, the update delivers cows and chickens, damageable items, a new crafting user interface accessible from […]Inventory â†’ [Craft], press and hold to drop items from the selection slots, and some resources can only be gathered with specific tools, to find out about that see crafting descriptions.

For those iOS gamers out there that aren’t already building their blocky worlds with the Minecraft Pocket Edition app for iOS devices, or if you want the updated 0.3.0 version you can grab the app from iTunes at a cost of $6.99. 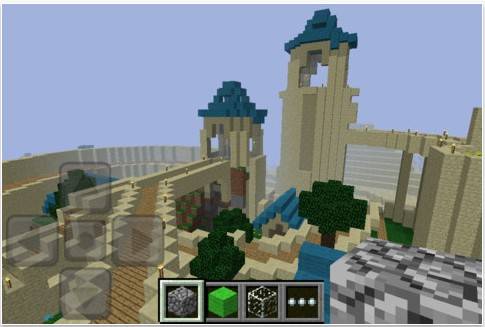