Late last month it was revealed that the Sony Xperia range would begin getting the Android Ice Cream Sandwich update sometime this month, and only last week Sony begun the process rolling out the upgrade to the Xperia Arc S, Xperia Neo and Xperia Ray, and now we have news of the Three UK Sony Xperia Arc S Android 4.0 ICS update.

The updated software first started to hit handsets in the Nordic countries, and it has slowly rolled out to other countries in the last couple of days and as Softpedia are reporting UK carrier Three have announced the availability of the new software to customers that had purchased the smartphone via its official channels.

As is the norm now the update is available from the latest version of the Sony PC Companion software, which you can download from here. It is recommended that Sony Xperia Arc S owners back up all their personal data stored on the device before updating to Android 4.0 Ice Cream Sandwich, and make sure that their device has at least fifty percent of its battery power left.

The carrier has started rolling out the new software slightly ahead of Sony’s planned release, and the news was broken by Three via their official Twitter account, which came after Sony revealed the software would be available in the next four to six weeks.

Once users have connected their device to the Sony PC Companion software Three are saying the Android ICS update should be found automatically, and once users have installed the software they will be treated to a variety of new features.

These include a redesigned interface, improved web browser, enhanced power management, and Google’s new social People app. Head over to the Three support page for more information about the update.

Lets us know if you have already updated your Sony Xperia Arc S and how it went. 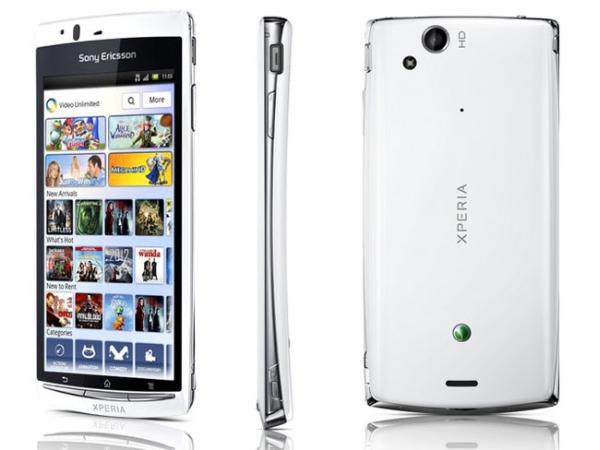