According to News Broadcast, Heavenly Android and Lets Go Digital, the Samsung Galaxy Pocket features a slim design that makes the device ideal for those on the move with its small size and expected affordable price tag, although like that release date, the pricing on the handset is still unknown.

The vice president of UK and IRE Telecommunications and Networks Division, Simon Stanford says that with the Galaxy Pocket they are building on the features that we know customers enjoy, and the new Samsung Galaxy Pocket adds to the breadth and choice of smartphones the company currently offers and a smartphone experience for an affordable price.

The Samsung Galaxy Pocket could be the ideal Android handset for the younger generation, or for those that aren’t too fussed with having the latest up-to-date tech in their hands, although if you are an Android power user that loves the most up-to-date device then perhaps the Galaxy Pocket isn’t for you.

As previously stated, the actual UK release date for the Samsung Galaxy Pocket isn’t known but the device is expected to arrive later this year, and pricing will be announcd before release, are you interested in the samsung Galaxy Pocket? 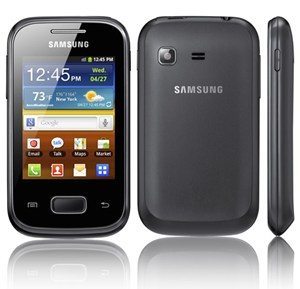