News of new smartphones is coming thick and fast at the moment and today we have details of another upcoming phone, the Pantech Vega Racer 2, which has now been officially announced. From what we can see so far the Vega Racer 2 specs look promising so read on for more information.

This smartphone is to be released in Korea this week on three major carriers and although international availability has not yet been announced yet we’d imagine it might come to other regions. The Pantech Vega Racer 2 will feature the Qualcomm Snapdragon S4 MSM8960 processor that we’re seeing on more and more smartphones lately and it’s thought will also feature on the LG Optimus LTE 2.

It also has a whopping 4.8-inch display with resolution of 1280 x 720 although the specific technology used has not been announced yet, a 2020mAh battery, runs on Android 4.0 ICS and also has LTE connectivity. The phone weighs 133g and is 9.35mm thick, which as The Verge points out is just a little thicker than the Droid Razr MAXX. The battery performance should give users around 9.5 hours of talk time and 245 hours on standby.

The design seems decent enough although it has ceramic coating rather than an all-ceramic casing and an additional feature of the Pantech Vega Racer 2 is voice recognition. Yet another Android 4.0 ICS smartphone is on the way then to add to the Samsung Galaxy S3 that was confirmed yesterday.

Take a look at the Pantech Vega Racer 2 photo below and let us know your initial impressions of this handset. Do you hope it will be released in your region? If so what would make you choose it over other upcoming smartphones? Let us know by sending your comments using the box below. 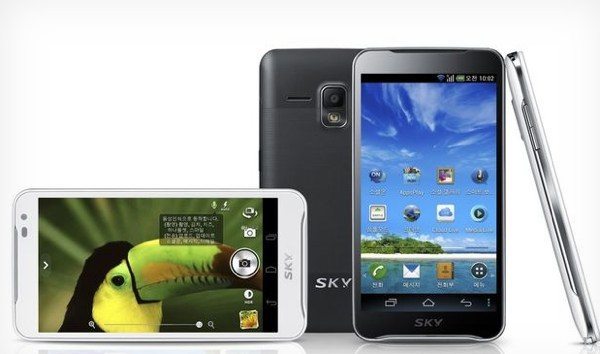