The tablet PC market is still dominated by Apple with its iPad, but there are a huge amount of new Android devices being released all the time and Samsung have a number of devices already available to consumers, and now the Galaxy Tab 2 10.1 specs are confirmed as the device is put up for pre-order.

There were reports recently that the Samsung Galaxy Tab 2 10.1 had been delayed in order for the device to get a bump in specifications after a lukewarm reception at last Februarys Mobile World Congress in Spain. It was being claimed that the device was held back so it would feature a quad-core Exynos processor, but as the Android Community are reporting this is not the case.

The device is now up for pre-order at the Office Depot and is listed as having a dual-core processor powering the device, but there is some good news for potential customers though as the device has got a lower price. The 16GB model starts at $399, which is $100 cheaper than the original model that places it well to compete with the iPad 2.

According to the retailer the Galaxy Tab 2 10.1 will begin shipping in less than a week’s time on May 11th, and currently the Wi-Fi only version is the only model on offer but it is expected that at least one carrier will offer the device with 3G eventually.

The Galaxy Tab 2 10.1 closely resembles the original device, which is why the rumours of a bump in specs seemed feasible at the time, and the hardware has only changed slightly with a microSD card slot and side mounted speakers being the main differences. The tablet PC will come running Android Ice Cream Sandwich though straight out of the box and the dual-core processor is likely to be the same unit powering the Galaxy Tab 2 7-inch version.

Are you disappointed that the Galaxy Tab 2 10.1 only has a dual-core processor? 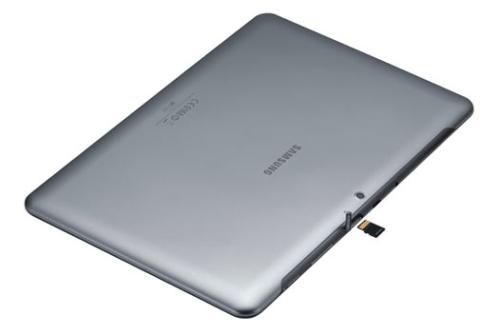