This should please many people as the app will offer the standard Firefox browsing experience but with an improved interface, increased performance and faster load times. Also the fact that it’s available from Google Play means that obtaining future updates will be as simple as can be. Mozilla release notes point out other improvements such as a redesigned start page with Top Sites, Adobe Flash support, better text readability with increased font sizes, new panning and zooming architecture, utilization of HTTPS for Google searches and much more.

News of the Firefox Beta now being available came to us from Android Central and you can find the app at Google Play here. The app is free and requirements vary with device. You can see a list of compatible devices here. Remember this is a Firefox beta so it’s currently in testing for performance, security and customization and your suggestions could help with those finishing touches for features and functionality.

Taking a look through user comments about the Firefox beta on Google Play shows a hugely positive response so far so you might want to try it out for yourself. Also if you check out the Mozilla release notes (linked to earlier) you can see a list of issues that are so far unresolved, a full list of what’s new and also things that have been fixed.

What are your thoughts on the Firefox beta now being available from Google Play? Will you be downloading it as soon as possible? Let us know with your comments as we’re always interested to hear what our readers think. 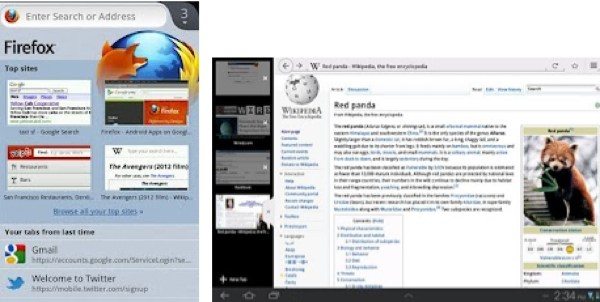