According to the guys over at Android Police by way of Tablet Community, it appears that Samsung has now retooled the Samsung Galaxy Note 10.1 so that the Android device now has a home for the S Pen stylus.

Unfortunately there is still no word on just when the Samsung Galaxy Note 10.1 will become available, or what the Android slate will command price wise, but at least you now know the device will have a home for its S Pen stylus. Any of our readers interested in picking up the Galaxy Note 10.1 once it becomes available? 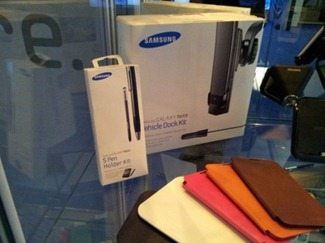