According to the guys over at The Verge by way of NoMobile ru, albeit not being the first transparent handset to the mobile space, the Explay Crystal does offer a more vibrant and brighter colour transparent display than the aforementioned smartphones.

The Explay Crystal is no luxury or high tech handset but rather a feature phone with dual SIM capability, along with media player functionality, a basic camera with video functionality, the usual basic functions such as a contacts list, Bluetooth 3.0 with A2DP, microUSB, but that’s about as fancy as this handset gets.

However, with the Explay Crystal there is a little twist, whereby the user can choose between two types of menus, on the left side is a classic interface, whilst on the right side you can watch an animated and colourful option, with both fully functional.

So where, when and for how much can you pick up the Explay Crystal, well the feature phone goes on sale as of the 1st of July over in Russia, where the device will command a price tag of 7000 rubles, which is roughly $219. Of course there’s no word on if the Explay Crystal will surface in any other part of the world. 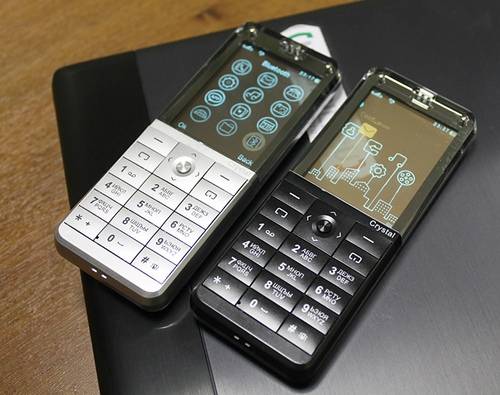