A new smartphone has been unveiled today that will be exclusively available on Orange in the UK. The phone was previously known as the Santa Clara, though we told how the name would be changed for the release and that’s exactly what has now happened, meet the Orange San Diego.

The San Diego is an Android smartphone and is a mid-range handset due to be released on June 6 across the UK. It will be the first Intel-powered smartphone in Europe bringing innovation and high-performance but also affordability. The price is Â£199.99 in Orange shops, Orange telesales and Orange online on Orange Pay As You Go when topping up by Â£10. The PAYG deal also offers a free monthly allowance of 250MB of mobile data monthly for 12 months. Alternatively up to July 25 this year customers who take a 24-month price plan from Â£15.50 a month can get the handset free. That package includes 50 any network call minutes, 50 texts, as well as 100MB of mobile data a month.

We’ll give you some of the specs and features of the San Diego including a 1.6GHz Intel Atom Z2460 processor supporting HSPA+ with the Intel XMM 6260 Platform. Camera-wise there’s an 8-megapixel rear camera featuring a ‘Burst Mode’ enabling the user to take 10 pictures in less than a second. There’s also 1080p video capture, image stabilization and HDMI-out. The San Diego has a 4.03-inch capacitive display with resolution of 1024 x 600, 1GB of RAM, 16GB of internal storage, mobile HD voice, GPS and Bluetooth 2.1 and it will run on Android 2.3 Gingerbread (hopefully with a 4.0 ICS update to come) with Orange apps. Dimensions are 123mm x 63mm x 9.9mm and it weighs 117g.

As well as Orange, users of the San Diego will also benefit from he use of the T-Mobile network for calling, texting and high speed mobile Internet access. They can also benefit from Quick Tap Treats, the UK’s first mobile contactless retail reward scheme, and discount on Orange home broadband. There will also be quick link access from the San Diego homescreen to Orange Wednesdays, Your Orange and Orange Gestures.

Paul Jevons, Director of Products and Devices, Orange UK said,
“The San Diego is a great addition to our own-branded device portfolio, and is testament to our heritage in offering consumers great value innovation.” If you want to see more about the San Diego (previously known as Santa Clara) head to the Orange product page here. Does this sound like a smartphone that could suit you? Let us know with your comments. 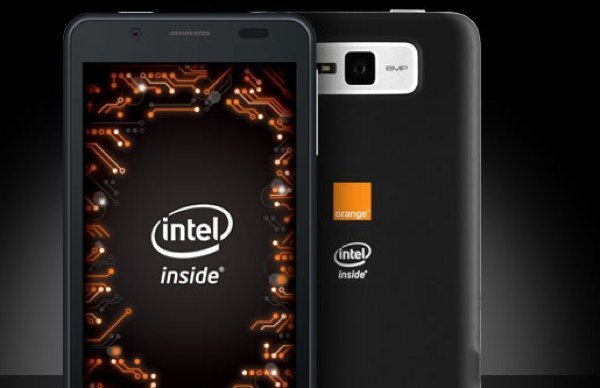