The ASUS Padfone is a name that seems to have been around for a long time but a release date has been elusive. This hybrid package caused a lot of excitement when it first appeared and previously a launch had been delayed, apparently due to a shortage of Qualcomm S4 chips. However we have news today that the international ASUS Padfone is now available in the USA, although with a rather flabbergasting price.

In case you’ve missed the hype surrounding this long-anticipated device the Asus Padfone idea consists of a smartphone that neatly slots into a station creating a tablet. This can also then be used if required with a laptop dock for all-round usage. It’s a great idea and has wowed many but the delays in getting it to the shelves have disappointed many. However one US retailer, Negri Electronics, is now offering the international Padfone version for a price of $859.50. This price is for the Padfone plus the Padfone Station, enabling you to use it as a tablet. However, it does not include the tablet dock with keyboard for use as a laptop.

The news comes to us from Phone Arena and you can check out the deal at Negri Electronics here. We’ll give you a recap of some of the specs and features of the ASUS Padfone to give you an idea of what’s on offer. The Padfone has a 1.5GHz Snapdragon S4 dual-core processor, 4.3-inch Super AMOLED qHD display with pixel density of 256ppi and Adreno 225 graphics. It also has 1GB of RAM, 16GB of internal storage (expandable with micro SD), 8-megapixel rear camera and VGA front-facing shooter. It all runs on Android 4.0 ICS.

You’ll also find a 3.5mm headset jack, micro HDMI slot and mini USB port. Meanwhile the Padfone Station, to use with the Padfone to create a 10.1-inch tablet display has a 6600mAh battery and as it powers the Station this also charges your phone. It’s certainly a notable device then but is it worth over $850? That unlocked price may sound a lot initially but considering you’ll get a very impressive smartphone as well as tablet use maybe it’s not as excessive as we first thought.

It would be interesting to hear your opinions about this though. Remember that price does NOT include the tablet dock to create laptop use. Do you think the price of this ASUS Padfone with tablet Station is simply too much? Maybe you’ve been avidly waiting to get your hands on this innovative device and the price is no object to you? Let us know with your comments. 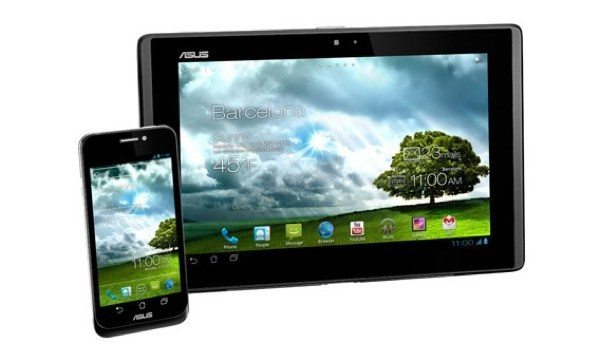