Many of you will already own an Apple iPad and possibly also the Apple Smart Cover for it. However Apple has now come up with the new iPad Smart Case, a better alternative that now covers both the front and back of the device.

Plenty of people purchased the Apple Smart Cover for iPads but still felt the need to protect the rear of the tablet with another cover to offer better all-round protection. The news that Apple has obviously taken on board these consumer concerns should please many people who will now opt for Apple’s iPad Smart Case instead.

News of these new cases came to us from iDownload blog and the cases are now available at the Apple Store here, priced at $49.00. That’s only $10 more than the price of the Smart Cover so that makes it even more of a better alternative. The color options offered are blue, green, dark grey, light grey, pink and red and the case is made out of polyurethane with a soft color-matched microfiber lining.

Not only does it also now protect the front and back of the iPad but it also acts as an iPad stand in the same way that the Smart Cover does, great for when viewing movies or using FaceTime. As well as this the Smart Case can be used as a keyboard stand to offer a good angle when typing on the iPad.

Another clever feature of the iPad Smart Case is that it automatically wakes up the iPad when you open the case and puts it to sleep again when the case is closed. This case is compatible for use with the iPad 2 or new iPad (3rd gen).

We’re interested to hear your comments about these new iPad Smart Cases. Would you rather purchase one of these than the Apple Smart Cover? Maybe you already have a Smart Cover but think the Case is a better option? 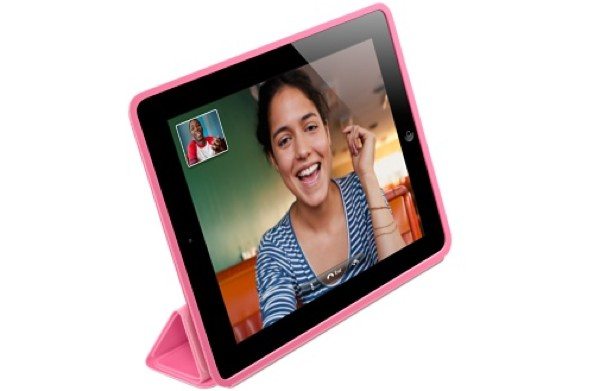