No doubt most know that back in February, Nokia announced they would hold exclusivity over the CNN Windows Phone app for a period of 90-days, which meant if you owned a non-Nokia Windows Phone you couldn’t make use of the application; however Nokia’s 90-day exclusivity has now ended.

As such according to the guys over at Phone Arena, the CNN Windows Phone app is now become available to all Windows Phone 7.5 smartphones owners.

The CNN app for Windows Phone delivers the latest headlines along with top videos, breaking news alerts, international, politics, entertainment and technology headlines, listen to CNN radio, and the ability to view, record and submit video along with photo iReports in real time.

Thus as the CNN app is now available for all Windows Phone handsets users, those wishing to take advantage of what the CNN app has to offer now that Nokia no longer has that exclusivity, you can download the application to their Windows Phone 7.5 smartphone as a free download by hitting up the Windows Phone Marketplace. 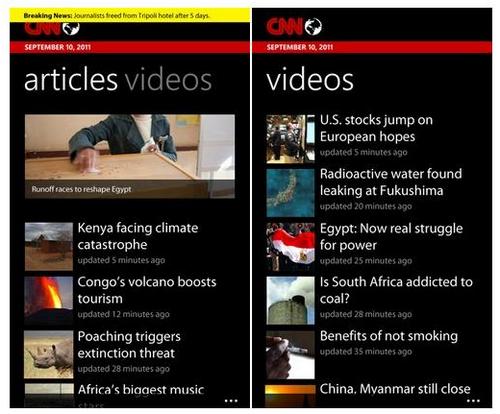