For those Nokia Lumia Windows Phone device owners in certain European countries, Voddler has now announced the availability of their video on-demand app for Windows Phone, which is available only to owners of a Nokia Lumia smartphone.

According to the guys over at Slash Gear by way of Engadget, the Voddler app for Windows Phone delivers the company’s video on-demand service along with social sharing features with many selections available only as rentals, there are also numerous ad supported free videos available as well.

There is also the social feature called Voddler Movie Night, which allows friends to coordinate and schedule movie watching, also with chatting about movies and reviewing movies.

Exclusive to Nokia Lumia smartphones, users will also receive 4-months access to Voddler Plus that usually has a price tag of â‚¬ 7.90 a month so you can watch the movies minus the ads, and users will also get 2 ‘Lumia Tickets’ that enable the user to create a Movie Night with a friend.

The Voddler app for Nokia Lumia smartphones is only available in select European countries at the moment including Denmark, Norway, Sweden, Finland and Spain, although apparently more markets will become available during the year, and the app should be available to download from the Windows Phone Marketplace as of now, but when I check a few minutes ago I couldn’t find the app, but perhaps that is because I’m in the UK. 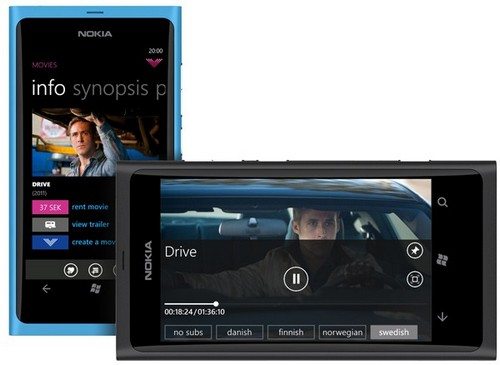