We have some great news today for those of you who’ve been admiring the Sony Xperia ion flagship smartphone, a 4G LTE handset heading to AT&T in the US. Sony has now revealed that a Sony Xperia ion HSPA variant is also being released so this much-awaited phone will also be available for slower countries that so far lack 4G LTE connectivity.

The Xperia ion has attracted a huge amount of attention as an Android smartphone with high-end specs and also a pretty beautiful appearance and you may be interested in our Galaxy S3 vs Xperia ion article at the link. We think it’s a sure-fire thing that a global audience will be really appreciative of the news about the Xperia ion HSPA edition then, although the ion HSPA will still be launched on Android 2.3 Gingerbread rather than 4.0 ICS, one of its only drawbacks. It will receive an update to 4.0 Ice Cream Sandwich at some point though.

Apart from the HSPA and LTE difference it looks as though the Xperia ion HSPA is the same as the LTE version, which should also please a lot of people. We’ll give you a few of the specs and features of the Xperia ion HSPA such as its Qualcomm Snapdragon 1.5GHz dual-core processor, 4.55-inch 1280 x 720 HD LCD display, 12-megapixel camera with 1080p HD video capture, autofocus, flash and Exmor R sensor plus a 1.3-megapixel front-facing shooter. There’s also 1GB of RAM, 16GB of internal storage (expandable via micro SD to 32GB) and a 1900mAh battery.

News of the Xperia ion HSPA variant came to us from Engadget and you can also see more about it at this Sony product page. We feel that the Xperia ion HSPA will find a big market of potential customers who would like this sleek and stylish high-end smartphone and wonder what you think. 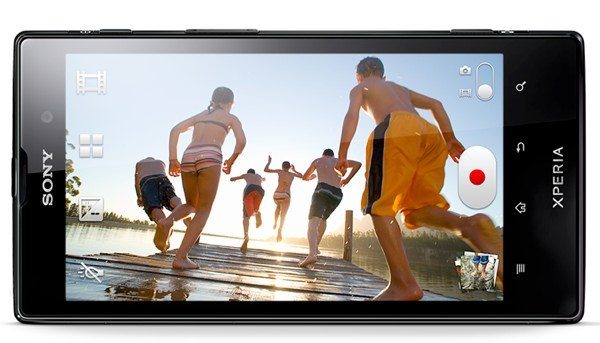