Mobile gaming has changed dramatically in recent years thanks to advancement in smartphone technology, and no longer are gamers restricted to a dedicated mobile gaming console or playing games such as Snake on their mobile phone. Big title releases now come to the smartphone platforms, and today we have news of Sony PS Vita jealously as Street Fighter X Tekken is to release on the iOS platform first.

Street Fighter X Tekken is a popular crossover fighting game released by Capcom earlier this year to the Sony PlayStation 3, Microsoft Xbox 360, and PC, but the game is expected to be arriving on the Sony PS Vita sometime during the autumn. Recently though as an article over at Video Game Writers is reporting Capcom reportedly had the game running on an Apple iPad.

This was seen at the invite only section of the company’s booth at the recent E3 event, but now Capcom has come out and officially announced the mobile version of the game will be coming in the summer. It will be titled Street Fighter X Tekken Mobile, and it will feature some simplified controls together with new game modes, and a “new take on the tag team mechanic”.

Currently only Kazuya and Nina from Tekken and Chun-Li and Ryu from Street Fighter have been confirmed for the upcoming game, but it is believed that the likes of Ken and Jin will be joining the party at some point.

It is almost certain that Street Fighter X Tekken Mobile will be a lite version of the original title, as it is coming out a while before the PS Vita version is, but gamers looking to get some mobile fighting may want to pick this version up in the meantime. It will be available on the Apple iPhone 4, iPhone 4S, iPad 2, new iPad, and iPod Touch 4G and later. No exact date or pricing has been revealed so far though.

Will you be getting Street Fighter X Tekken Mobile? 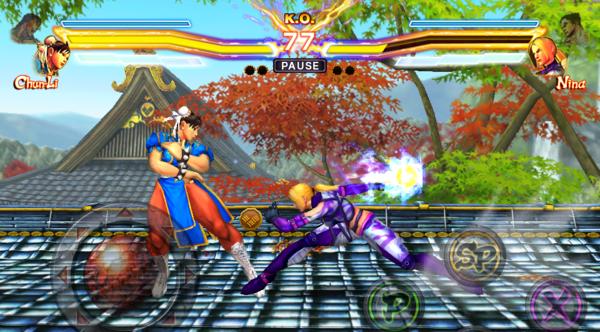