There are a number of applications that become huge hits on the iOS platform but take a while to be released to other smartphone platforms, and today we can tell you that the popular Zombies, Run! application jumps to Android and Windows Phone.

If you are in the process of getting fit and or need some motivation for your daily run this application may be ideal for you, as according to an article on Electric Pig the horror themed keep fit application is now coming to both the Android and Windows Phone platforms. The application is already a massive hit on iOS, and the Kickstarter funded running app will liven up your run with a number of missions.

The idea is to run a certain distance to gain medical supplies and weapons, and as you run you are treated to some audio clips that simulate that you are being chased by a number of zombies. You also receive radio messages from your base to give you encouragement and instructions.

Once you arrive back home you can put the resources that you have gained on your run to various parts of your base, which in turn unlocks more missions and reveals more of the story. During each mission users can listen to their own music, and the game will still give you snippets of mission instructions and dialogue as you run.

Writer and co-creator Naomi Alderman said she was overwhelmed by how successful the game had become for the iPhone and iPod Touch, and was excited to be expanding the title to other smartphone platforms. Alderman continued by saying that “people have reported crying while playing through an emotional mission, they’ve been creating fan art and their own stories about the characters”.

The game is available now via Google Play but is not the cheapest of titles available as it costs Â£5.49/$7.50, and the Windows Phone version will be arriving in the next few weeks with some exclusive missions to boot.

Have you used the Zombies, Run! app? 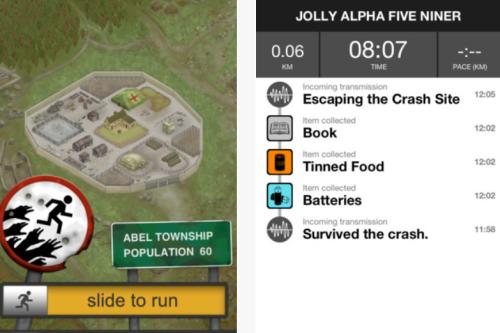