With the amount of new smartphones being constantly released it’s no wonder a few months after a device becomes available we see the price of it come down, and today we have news of a HTC Rezound price drop but the Droid Incredible release date is MIA.

The handset that the Droid Incredible should be replacing, the HTC Rezound, has just seen another price drop from Verizon and as GottaBe Mobile is reporting the device is now on offer for only $80 when purchased with a new contract via the carrier’s online store. The deal is part of Verizon’s summer sale, which also saw a price drop for the Samsung Galaxy Nexus.

Normally the price of the HTC Rezound from Verizon is $199.99 which means the carrier is offering the handset with a nice big $120 discount, and this comes at a pretty unusual time, as the carrier announced the Droid Incredible 4G LTE only last month, which is also made by HTC. This was expected to be replacing the HTC Rezound in the Verizon range of Android handsets, but so far the carrier hasn’t said anymore about the handset since it was first announced.

It is still unclear if Verizon will ever get around to releasing the third smartphone in the Droid Incredible range considering the latest Samsung Galaxy handset is about to be released in the next few weeks. So there is a chance that the carrier will peg the HTC Rezound’s price for longer than just the summer sale, and maybe right up until it is discontinued later this year. 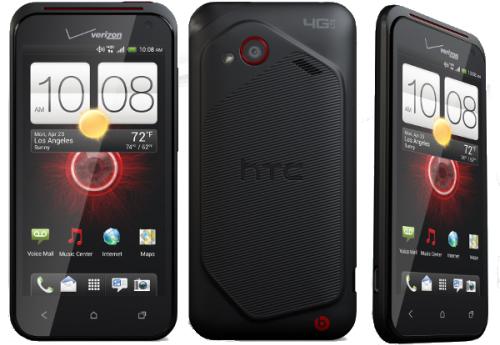