Google Android Jellybean ported from Nexus 7 to HTC One X

It’s not even a week since Android 4.1 Jelly Bean was unveiled at Google I/O 2012 and we’ve been bringing you details as we hear them of new features, additions and improvements to the next Android operating system. Jelly Bean is set to release in mid-July when the Google Nexus 7 tablet will launch running it but it seems that some people can’t wait to nibble some Jelly Beans as we hear that it has already been ported to the HTC One X.

We’ve already told how the first OTA software updates to 4.1 Jelly Bean will be pushed out to the Galaxy Nexus, the Nexus S and Motorola Xoom but one of the clever members of the XDA Developers’ forum known as ‘tgascoigne’ is a step ahead. He has managed to extract Jelly Bean from a Nexus 7 tablet (not yet on public sale) and has ported it to the Tegra 3-packing international version of the HTC One X, and you can see the result in the video that we’ve embedded below for you to view.

As you might expect it is not working quite smoothly yet and there are the odd crashes but the base is there. Elements such as WiFi, audio, radio and camera don’t work yet but when the first Alpha version of Jelly Bean arrives that should be rectified and ‘tgascoigne’ says that should be here “fairly soon,” according to IntoMobile. We always caution our readers that we can’t advise trying this stuff out but we know that plenty are interested so take a look at the short video and tell us what you think.

If you want to follow the progress of Jelly Bean on HTC One X then you can keep informed from the XDA developers’ thread here. Are you one of the many avidly awaiting 4.1 Jelly Bean for your Android device? On the basis of how long it is taking to get the 4.0 ICS update to most devices it could be a long wait but what are you most looking forward to on Jelly Bean? Let us know with your comments. 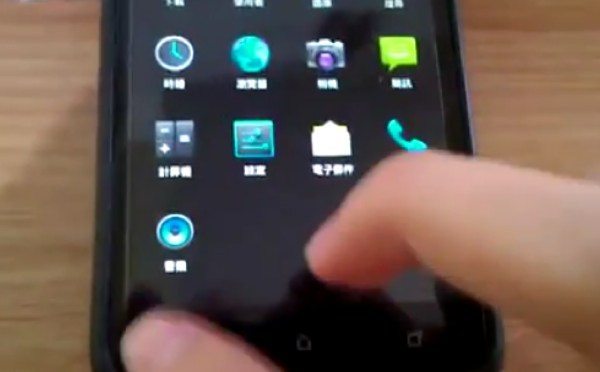