At Phones Review we like to keep readers informed on all smartphones regardless of whether they’re Android, iOS or anything in between. The rivalry between Samsung and Apple is well documented and as usual this is shown when advertising new products where sly digs against the other company are often evident. Now some new ads for the Galaxy S3 (S III) are pointing at something that the iPhone lacks, the All Share photo capability.

We’re often amused by the not-so-veiled rivalry against the other party shown in ads from Apple and Samsung, although we’re not always sure we’re mean to be amused. This time though Samsung has come up with some witty ads to promote the Galaxy S3 and it’s clear that Samsung’s focus on the All Share function is the company’s latest way of trying to make a point against Apple. The three new ads, all of which you can view below this story, show photo sharing as the crux of what anybody should want/need in a smartphone, in a bid to entice viewers to the Galaxy S3.

Quite whether the average person in the street spends as much time with a desperate longing or urge to share every moment of their lives with friends is in question, but nevertheless the ads are entertaining and nicely done. For anybody who’s missed it the All Share function enables users to instantly transmit images and files to anybody they wish to share them with and although this should come to the iPhone 5 in the form of iOS 6, it’s something that the iPhone is missing right now. One thing that Samsung doesn’t make a big deal of in the ads though is that all of the people you wish to share with using All Share, also have to be using a Galaxy S3.

We learned about these ads through Cnet, sourced from Business Insider and they brought a smile to our faces so hopefully you’ll enjoy them too. One involves people in a hospital lounge waiting for news on the birth of a baby. Another is a group of friends wanting some poor unsuspecting guy to take a shot of them all and the other is in a business environment where a dongle is needed.

We can only wonder now what gibes against the Galaxy S3 Apple will come up with for their iPhone 5 ads which hopefully are now only a few months away too. Remember to take a look at the Samung Galaxy S3 ads below and then let us know what you think of them by letting us have your comments. 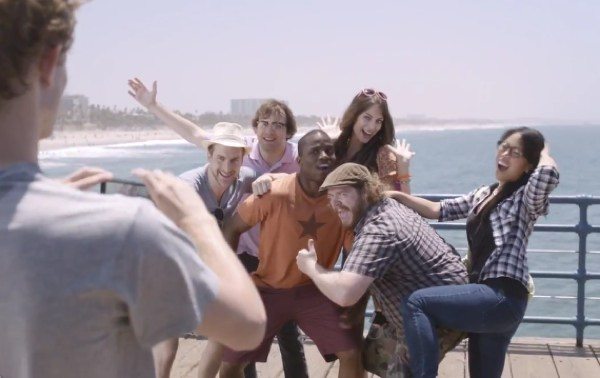